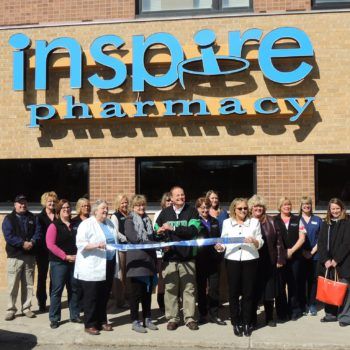 Inspire Pharmacy in Grand Forks will celebrate its one-year anniversary with an open house from 11 a.m. to 1 p.m. on Friday, March 31, 2017, at its location downtown at 360 Division Ave. As part of the open house, the public is encouraged to stop in for a light lunch and register for a door prize. The FOX 96.1 radio station will be live on location.

“We are excited to celebrate our first year of business with the community of Grand Forks,” says Judy Swisher, owner and director of Inspire Pharmacy. “We’ve had a great first year, and we’re hoping that more and more of our neighbors here downtown will be inspired to take advantage of having a pharmacy located so close to where they live and work.”

Founded in 2016, Inspire Pharmacy is a full-service downtown pharmacy open to everyone for prescription medications and a wide variety of over-the-counter medications. All of Inspire’s profits go to support the programs and services of Third Street Clinic. Learn more at www.inspiregf.com