Grand Forks’ Inspire Pharmacy not yet profitable, but prescriptions up 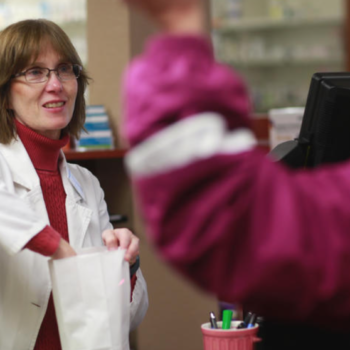 A new pharmacy in downtown Grand Forks started off small seven months ago.

On April 1, its first day of operation, Inspire Pharmacy filled just two prescriptions. But today, it’s filling nearly 50 prescriptions a day on average, which is close to the goal leaders set for the end of the first year of business.

“We’re ahead of ourselves,” said Judy Swisher, Inspire’s pharmacist owner.

Swisher said the pharmacy isn’t yet profitable, but they hadn’t planned to be early on. She said profits from Inspire Pharmacy will go to the Third Street Clinic, which owns 49 percent of the pharmacy and sits just upstairs from its 360 Division Ave. location, to boost programs the nonprofit provides.

Read the full article on the Grand Forks Herald